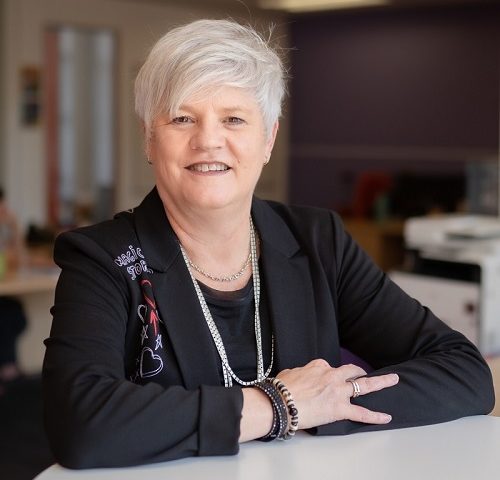 Discovery Inc announces the appointment of, Clare O’ Neil, as the Commercial Director for Discovery in Africa. Clare’s focus will be on driving commercial growth for the company’s eight TV brands in the region.

Clare brings more than 30 years’ experience within the media and broadcasting industry. She started her career at the Argus Group and went on to fulfil multiple roles at M-Net during the 90s, one of them as part of the team who established Oracle Airtime Sales. Her career experience also includes roles at e.TV as the Commercial Sales Director and at the SABC where she was General Manager of Television Sales and from 2010 – 2013 served on the SABC Board as a Non-Executive director. In 2014, Clare set up the Broadcast Research Council (BRC) and fulfilled the role of CEO from 2015 to 2018.

“I have an unflagging passion and tested dedication to the media and broadcasting industry, and I am extremely excited to embark on this new journey with Discovery. A big part of my role will be to focus on new advertising avenues and to ensure that our partners tap into our dynamic brand through the opportunities that exist across the eight channel verticals,” says Clare O’ Neil, Commercial Director for Discovery Networks in Africa.

Based in Johannesburg, Clare joins Setshwano Setshogo who is Insights & Marketing Services Manager and will be part of a larger contingent team in the Dubai office led by Amanda Turnbull, Discovery’s General Manager for Middle East & Africa.  “We are investing in local expertise with this appointment and view it as a firm statement of intent and commitment and an important step forward in bringing the right balance between local and global, while unlocking opportunities beyond the traditional broadcast scope,” says Amanda Turnbull, General Manager Middle East & Africa, Discovery Inc.

“With the addition of Clare, our Johannesburg team bring deep broadcasting and media expertise and I look forward to extending our business footprint within Africa through valuable partnerships in the Free to Air and digital space via collaboration and aggregation,” she adds. “This could mean using a broadcaster’s expertise and heritage or building an audience in a new area by collaborating with a partner and using their platform to bring content to life and package it in new and creative ways.”

Discovery Inc is celebrating 25 years in Africa, since the inception of Pay-tv in 1995 and is the number one global content provider of factual entertainment, with a bouquet of eight international channel verticals in the market. These include – Discovery Channel, HGTV, TLC, Food Network, ID, Discovery Family, Travel Channel and Real Time, with thousands of premiere hours shown annually in the African market.