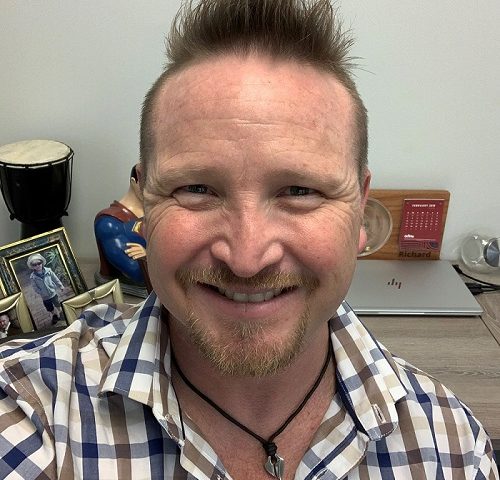 Richard Lord, Media & Operations Director, Meta Media discusses.
A new year. A new decade. And as with every new year, everyone wants to know what 2020 is going to hold in store for us in our world of media and advertising. Already this year my inbox has been inundated with top 10 trend predictions, and I’m sure that many of yours have been too. I am not going to re-hash and regurgitate those.

Instead I am going to focus on one trend in particular that has been gaining momentum for some time now and is showing no signs of slowing down. It is a trend that, whilst having a significant impact on consumers, has yet to be fully embraced by advertisers.

That trend is the continued growth and movement of audiences to online streaming video. The pace of on-demand video continues unabated. We have a new entrant into the marketplace… Apple TV+. If the past is anything to go by, we know that whatever Apple puts their money behind is going to be successful and will drive others to follow.

The big difference between Apple TV+ and the rest is that they are taking the 100% original content approach – although Netflix and Showmax also play in the original content space. Netflix received 24 nominations in this year’s Academy Awards. This is more than ANY OTHER Hollywood studio. This shows just how important good quality content is for attracting and keeping audiences! But they also carry content produced by the major Hollywood studios. Apple on the other hand has partnered with some superstar creators like Steven Spielberg and JJ Abrams and will only show original content. Apple TV+ is priced similarly to Netflix at around $7 per month (or R105 depending on how well the Rand is doing). But Apple is keen to incentivise trial – so if you buy any new Apple device you get a year’s free subscription to the service.

The back end of 2019 also saw the launch of Disney Plus. This is set to shake up the world of streaming video in a big way. Disney Plus will stream ALL of Disney’s vast catalogue of movies and TV shows, AND also every Marvel movie and TV show ever made, every Pixar movie ever made, every Star Wars movie and TV show ever made, plus Disney also own National Geographic and ESPN. All of that content will be available on the platform too! Talk about a powerhouse. What this means is that as Disney’s contracts with other streaming services like Amazon and Netflix come up for renewal, all Disney content will be taken off those platforms and kept exclusively as their own. We don’t know yet when Disney Plus will launch in South Africa. Tech savvy South African’s will find a work around to get the service, but don’t expect to see it officially in SA until at least 2021.

And of course, let’s not forget that South African’s also have access to Showmax, Dstv Now and YouTube, all of which have big audiences and excellent content. I have written about this before, but just to demonstrate the size of the Dstv audience watching content digitally, the 2019 RWC final between SA and England had in excess of 500,000 unique viewers on the Dstv Now platform!

What does this mean for advertisers? Well simply, it means that consumers have more choice and it’s going to become harder to pin down audiences. Whilst there is no advertising yet available on Netflix, Apple TV or Amazon Prime, it is coming soon to Dstv Now and Showmax, and YouTube have been taking ads for years. This means that it is going to cost more to reach these fragmented audiences.

But let me caveat this with a dose of reality; in order to access any of these streaming services, people need decent, high-speed internet. So over and above the monthly subscription fees that the OTTs charge, there is the added cost of data. Data in South Africa is prohibitively expensive, whether it be 4G from your cellular provider, or fibre to your home. Not everyone can afford to watch content online which means that this trend is going to affect the top-end of the market more than the mass market. But the Competition Commission is looking to the cellular providers to drastically drop the price of data and once that happens, we will see more and more people going this route.

Additionally, many companies offer free WIFI to consumers in shopping malls, airports, and taxi ranks, all of which allows consumers to watch and download content to their devices. This means that even in the mass market there are very big audiences that can be spoken to through the likes of YouTube and Viu (which hosts much of the SABC’s local content such as Uzalo, Generations and Skeem Saam).

Should you now rush off and ask your media strategist to stop advertising on TV? Of course not! TV in South Africa is still the single best media platform for reach, no other platform comes close! No, TV advertising is safe, cost effective, and will continue to work in growing your brand. However, TV advertising should be supplemented with spend on digital video platforms. The benefits are numerous:

1. Additional reach. With more people turning to digital video as their primary (and sometimes only) form of entertainment, using TV and digital video lets brands speak to everyone.
2. Better, cheaper, targeted reach. Whilst TV is great for speaking to the masses, it is not as targeted as we would like. YouTube and Facebook however offer loads of data to overlay onto our bookings, so we can ensure messages are seen by the right people.
3. Expand on your message. Let’s face it, TV is expensive! A 30 second ad in Uzalo on SABC 1 costs well over R200,000! Even brands with huge budgets can only afford to buy so many spots. But because digital video is cheap, brands can flight longer ads unpacking offers, or flight multiple ads allowing for the showcasing of an entire brand range.
4. Lastly, there are some audiences that are just impossible to speak to through any other media platform except digital! Generation Z and the hard-to-fathom millennials are very light (even non-existent) TV viewers, but they live online. If they form a part of your brand’s target audience, digital video is not only a no-brainer, but an absolute necessity in media plans!