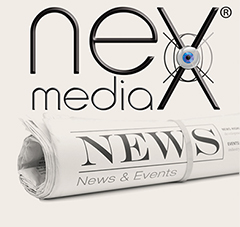 Mark Rosin has been appointed as the new Southern African Music Rights Organisation (SAMRO) Chief Executive Officer (CEO). Mr Rosin, who holds an LLB specialising in corporate, media and entertainment law from the University of the Witwatersrand will assume his duties at the beginning of February.

“Mark Rosin’s appointment comes at a time when the organisation has set up stringent performance targets which include diversifying income streams, increasing revenue, delivering real meaningful value for the SAMRO members and organisational costs reduction, all of which will be key focus areas for Rosin”, said Board Chairperson, Nicholas Maweni.

From 2011 until the first quarter of 2019, Rosin was employed by eMedia Investments, home of e.tv, eNCA and Openview in various roles, holding the position of Group Chief Operating Officer since 2014. Prior to his appointment at SAMRO, he was operating as a freelance legal and business affairs consultant.

SAMRO is looking forward to having Rosin’s expertise and the board hopes that this appointment will begin to turn the tide for the music rights organisation for the benefit of the local industry at large. The board would also like to thank the CFO Ms Ditebogo Modiba who stepped up as an interim CEO for her immense contribution and wish her all the best with her future endeavours.