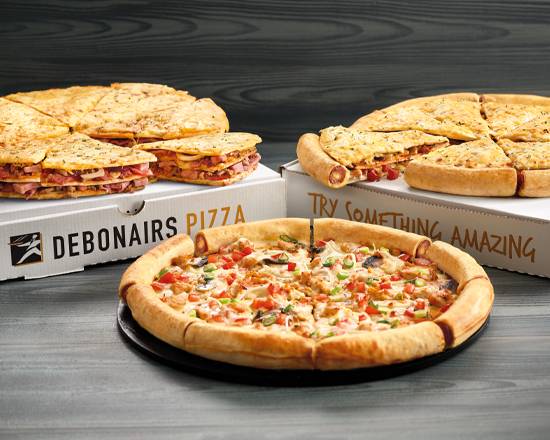 “Debonairs Pizza’s intention this year was to ‘join the conversation during Halloween in a way that would capture people’s imaginations and in a quirky way, raise the profile of our delivery service,” said Joubert. “FCB Joburg’s team responded with ‘#HeadlessMan’, a campaign comprising of guerilla-style content and appearances to generate hype around the hashtag #HeadlessMan. It was perfect,” she said.

The team then shot short pieces of content that was made to feel like authentic CCTV footage, dash-cam footage or cell phone recordings. These were leaked through micro influencers, with absolutely no attachment to the Debonairs Pizza brand, which made the content more authentic and shareable, so that it could potentially go viral, semi-organically.

The first of these ‘sightings’ was leaked by Dr. Malinga, and started trending across the country immediately, driving the hashtag #HeadlessMan. Other influencers helped fuel the fire over the next few days by posting more sightings videos. These gripped the country’s imagination with ‘Dr. Malinga’s Headless Man’ making newspaper headlines, and a spontaneous #HeadlessManChallenge soon dominating the Twitter feed.

“#HeadlessMan trended for five consecutive days across the country. We couldn’t have asked for a more engaged and exciting response,” said Joubert. An additional twist to the campaign was that, on the evening of Halloween, the #Headlessman delivered pizzas to a number of unsuspecting customers who had ordered online or called in. Also, Debonairs Pizza released a 1-minute reveal on its social media channels.

“The #HeadlessMan stunt was about hi-jacking Halloween and increasing brand love by creating a series of spooky Headless Man sightings that would get tongues wagging on Twitter,” said Kambuwa. “Obviously, the reveal was a vital component of the campaign. It had to ensure that all who saw it realised that #HeadlessMan was a stunt done by Debonairs Pizza in the fun spirit of Halloween.

“All phases of the campaign worked – very, very well. Our influencers were notching up 120 000 or more impressions as individuals during the ‘tease’ phase and, by the end of the campaign, we had achieved 3.3-million potential impressions with a potential reach of 866 000-plus. It’s a really satisfying feeling. “Overall, it was a unique marketing stunt, with minimal production costs, and minimal spend on paid media to promote it,” he concluded.