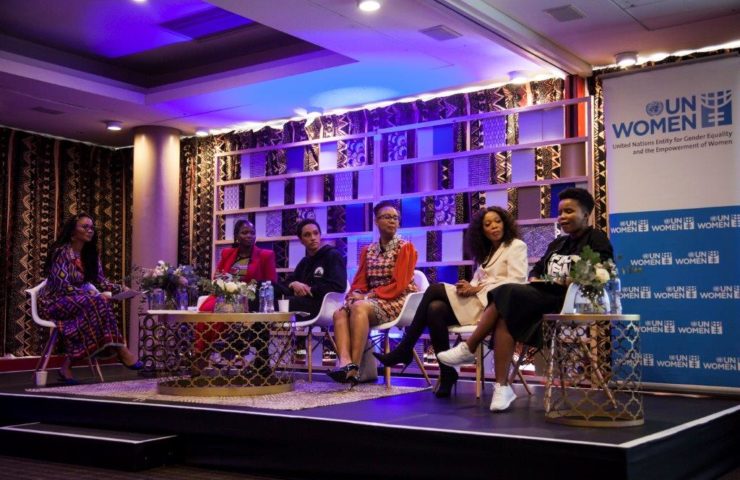 Dove believes that beauty is for everyone and that the way women are represented in the media is important – it has a significant impact on how we see ourselves, on self-esteem and on self-worth – a premise on which much of UN Women’s work is based through its Unstereotype Alliance work.
This conversation was tackled recently at a Masterclass hosted by Dove and UN Women during Loeries Creative Week. The discussion, entitled Advertising Leading Society, included experts from UN Women’s Unstereotype Alliance, Dove, the media, the advertising industry and an activist who was recently featured in Dove’s global #ShowUs campaign. The UN Unstereotype Alliance, of which Unilever is a Vice Chair, centres around eradicating harmful gender-based stereotypes in all media and advertising content.

Moderated by radio host and entrepreneur Azania Mosaka, the panel included valuable insights from various industry leaders such as Sphelele Mjadu, Asanda Sizani, Khanyi Mpumlwana, Anne Githuku-Shongwe and Elle Rose van der Burg; who are all women contributing to activism within the marketing, media, gender equity and advertising spaces respectively. The consensus held during the discussion was that the work of changing the way in which mainstream media portray women cannot be done by one organisation alone. Gender equality and the better representation of all women is the collaborative responsibility of policymakers, consumers, marketing agencies and media outlets.

According to the research by Edelman Intelligence, 71 per cent of South African women don’t feel represented in media and advertising. One of the ways that this is being addressed is through Dove’s partnership with Girlgaze, Getty Images, and women everywhere coming together to create Project #ShowUs – the world’s largest photo library created by women and non-binary individuals to provide a platform that hopes to spark a tangible transformation within the industry. The library of over 5000 images from 39 countries is available for the media and advertising industries to view, license and use in their projects and campaigns, helping to address the issue of representation at the source and provide a practical source for real change.

‘The creative industry has been a catalyst for some of the biggest movements of our time. Working with UN Women at the Loeries, we can reach the industry decision makers whose buy-in we need to have real impact and drive a shift wherein brands can be more inclusive and representative of women and non-binary individuals across the world. This is very important to us, because we want to be a brand that doesn’t just speak, but also invests in doing. With this campaign we are ‘doing’, and the impact is effecting real change and making a difference,’ said Sphelele Mjadu, Unilever Personal Care Senior Public Relations Manager for Africa. Dove would like to end the Loeries creative week by inviting industry decision makers to form part of redefining the beauty narrative for future generations.

Media and advertisers – it’s up to all of us to expand how we are portrayed. View, license and use the photos in Project #ShowUs for your next project or campaign at GettyImages.com/ShowUs. This is just the beginning. Every image licensed will support female photographers of the future and grow the photo library further, so that all media & advertisers can reflect the authentic experiences of women around the world. Women around the world – #ShowUs more women like you. Want to help expand the definition of beauty? Join us at Dove.com/ShowUs to share your images and you could become part of the Project #ShowUs photo library. Project #ShowUs is part of Unilever’s commitment to UN Women’s Unstereotype Alliance – a cross-industry global initiative which uses the power of advertising and media to free the world from harmful stereotypes that hold back people and society.